Alicante is centrally located on Spain’s Mediterranean coast. The air of the city is pervaded with the scents of the sea; indeed the city has been an important seaport for many centuries. 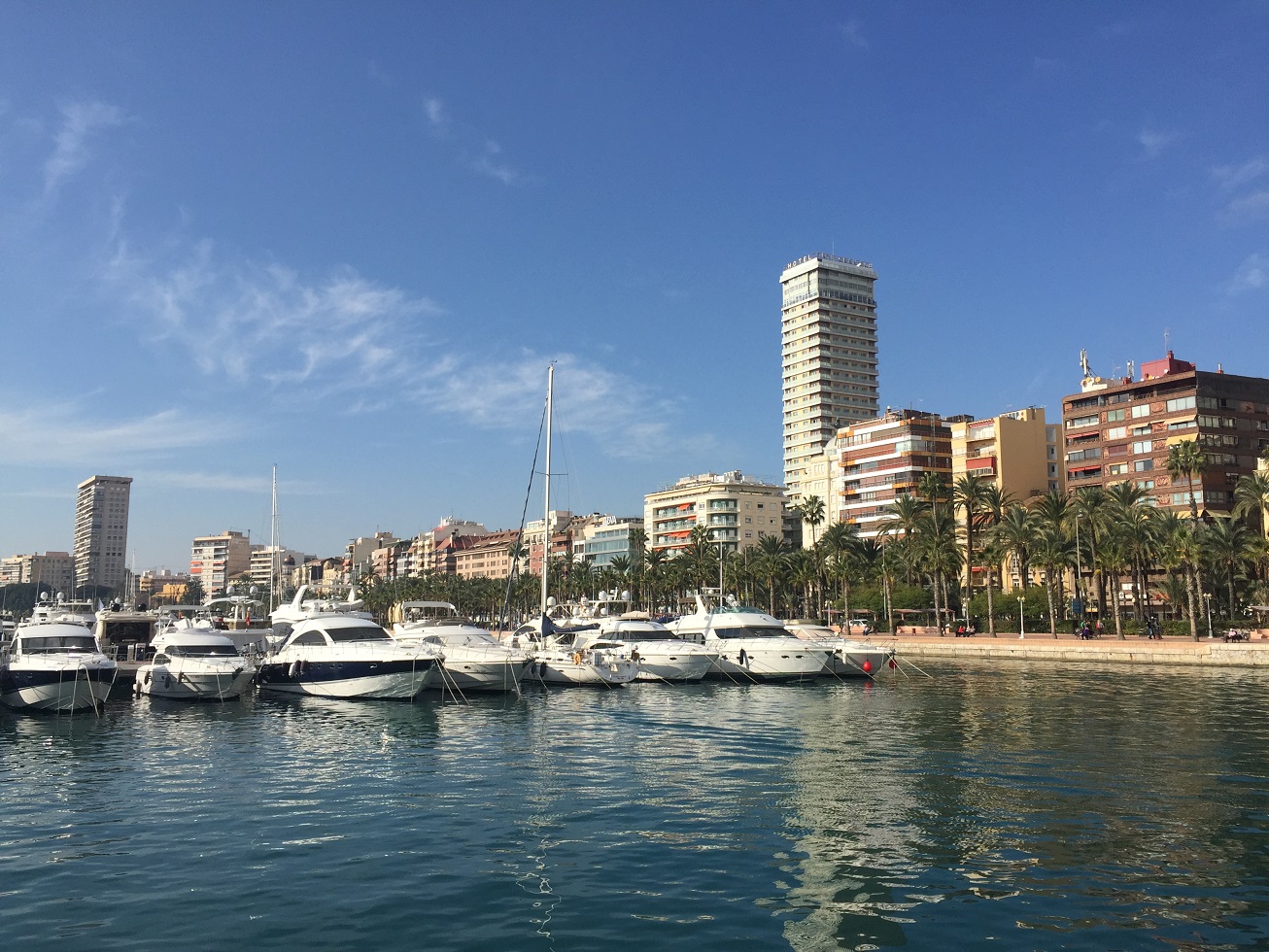 There is nothing as pleasant as strolling along the quayside promenade lined by four rows of palms, tessellated with marble in Alicante red, cream and black in imitation of the waves of the Mediterranean.

Many famous residents have spoken lovingly of the city; in the words of the poet and novelist, Juan Gil-Albert, “Alicante looks uninterruptedly to the Mediterranean". Author Gabriel Miró wrote, "my city is pierced through and through by the Mediterranean" and another native author, Joan Fuster, wrote that Alicante "is without a doubt, the friendliest of all Valencian cities, a city one would choose to live in if one were to exchange a village for a city".

Alicante looks towards the sea, and does so from its famous Paseo de la Explanada, one of the most beautiful seafront promenades in Spain.

Alicante is also a university city, with various faculties and a series of technical colleges. In summer a variety of Spanish courses for foreigners are held.

Culture
The city offers an interesting range of cultural activities in various centres around town, such as the Casa de la Cultura (cultural centre), which has a well-stocked library, a historical archive and keeps locals and visitors abreast of cultural events such as expositions, conferences and films.

The Teatro Principal (Principal Theatre) is a neo-classical building dating from the 19th century, which runs an extensive programme of shows and plays throughout the year.

The exhibition centre Lonja del Pescado, located on the site of the former fish market, stages important art exhibitions and other cultural events throughout the year.  During the month of September the National Theatre meeting "Alicante a Escena" is held, along with the International Contemporary Music Festival. In December there is an International Puppet Festival.

For lovers of abstract and modern art, a visit to the Eusebio Sempere exhibition in the Casa de la Asegurada is a must, where you’ll find an art collection donated to the city by this local sculptor and painter.

Music lovers can attend a daily concert on the esplanade (Paseo de la Explanada) in the afternoons. In summertime, the concerts are given on Sunday mornings.

Beaches
The mild Alicante climate makes beach-life accessible practically all year round, and there are plenty of fantastic beaches to choose from: La Playa de San Juan, with seven kilometres of golden sand flanked by a road enabling you to stop wherever you want; La Albufereta, an intimate, residential stretch of sand, protected by the headland of the Serra Grossa, El Postiguet located almost within the city itself, at the foot of the Benacantil mountain, next to the port and Los Saladares, Iying south of the city, in the area known as Agua Amarga.

The sands simply never run out in Alicante; but if you prefer a rocky beach with crystal clear waters, at the Cabo de las Huertas, you’ll find a rugged, rocky area with coves such as Los Cantarales, Los Judios and Palmera.   El Saladar and Los Judios both have nudist sections.

Sports and Leisure
Panoramic views of the city and sea can be enjoyed from the Castillo de Santa Bárbara, which sits 166m above the beach atop the Benacantil Mountain, which can be reached by road or by using the lift from the Postiguet beach. 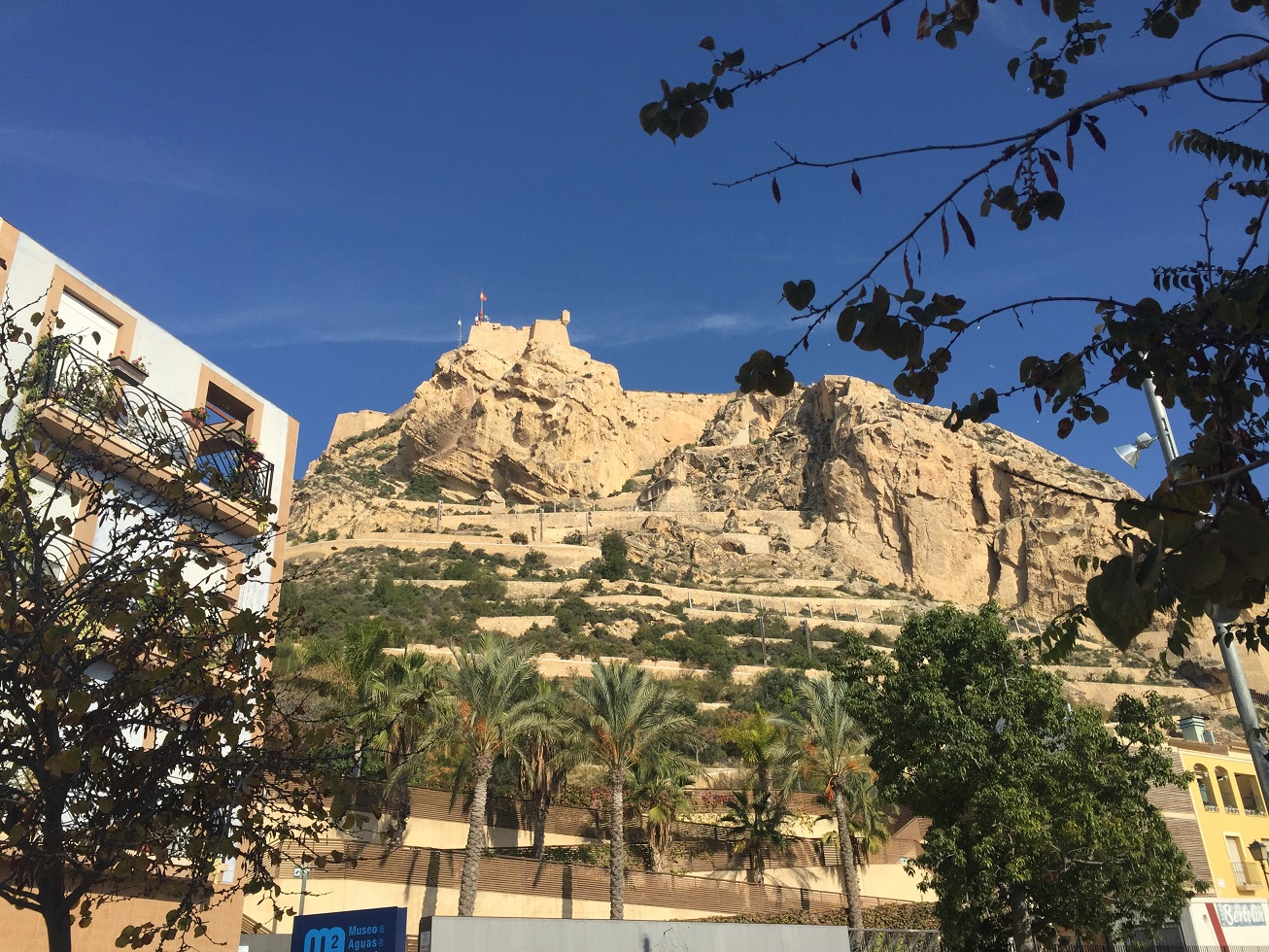 For scuba divers the sea around the Isla de Tabarca located off the coast are teeming with interesting sealife.

If you are into mountaineering, then the Maigmó Mountain (1296 m) is a challenge that you will enjoy. Taking the road to Castalla, you can drive up a track that will lead you almost to the top. However, the energetic can ascend on foot and have a pleasant rest on the Balcón de Alicante, which offers a magnificent panorama of the Castalla Mountains and the Alicante plain, with the blue Mediterranean Sea in the background.

There are many golf courses within an hour’s drive of the city, and still more are being constructed.

In the nearby town of Muchamiel there is a local airport for private sports aircraft and ultra light aircraft.

Excursions
There are boat trips available to the Island of Tabarca,  Jijona is only 26 km from Alicante, the birthplace of Turrón, a sticky almond sweet very popular in Spain and served at Christmas.

Close at hand are the Caves of Canelobre, a marvel of nature and just outside Alicante you can see the largest Palm Forest in Europe; on a trip to Elche you can enjoy a stroll through the subtropical environment.

Orihuela with its wide variety of Gothic, Renaissance and Baroque buildings is just 54 km from Alicante.

The mountainous town of Ibi, 40 km to the north of Alicante, is a great place to take the children, as it has a toy museum and is at the centre of the toy industry in Spain. It is affectionately known as the headquarters of the Reyes Magos (Three Kings of Orient), who bring gifts at to Spanish children at Christmas time.

The village of Agost is also closeby; famous for its pottery, the village makes more earthenware Botijos (clay pot) than any other place in Spain. The authentic souvenir is the Botijo de Novia

Parks
There are several beautiful green spaces to enjoy in the city centre. Including the Canalejas Park, which is home to an important display of giant fuchus. El Palmeral, located on the seafront along the Murcia road, Lo Morant, which incorporates an auditorium where you can enjoy concerts and El Benacantil, with its extensive pine groves, which is located on the slopes of the Santa Bárbara castle.

Nightlife
Alicante offers an excellent choice of nightlife all year round, with many bars and discos open until the small hours of the morning.   There are many places to have a drink or a bite to eat around town. The old city centre, known as El Barrio, offers some of the finest restaurants and tapas bars, offering both authentic Valencian and International cuisine. 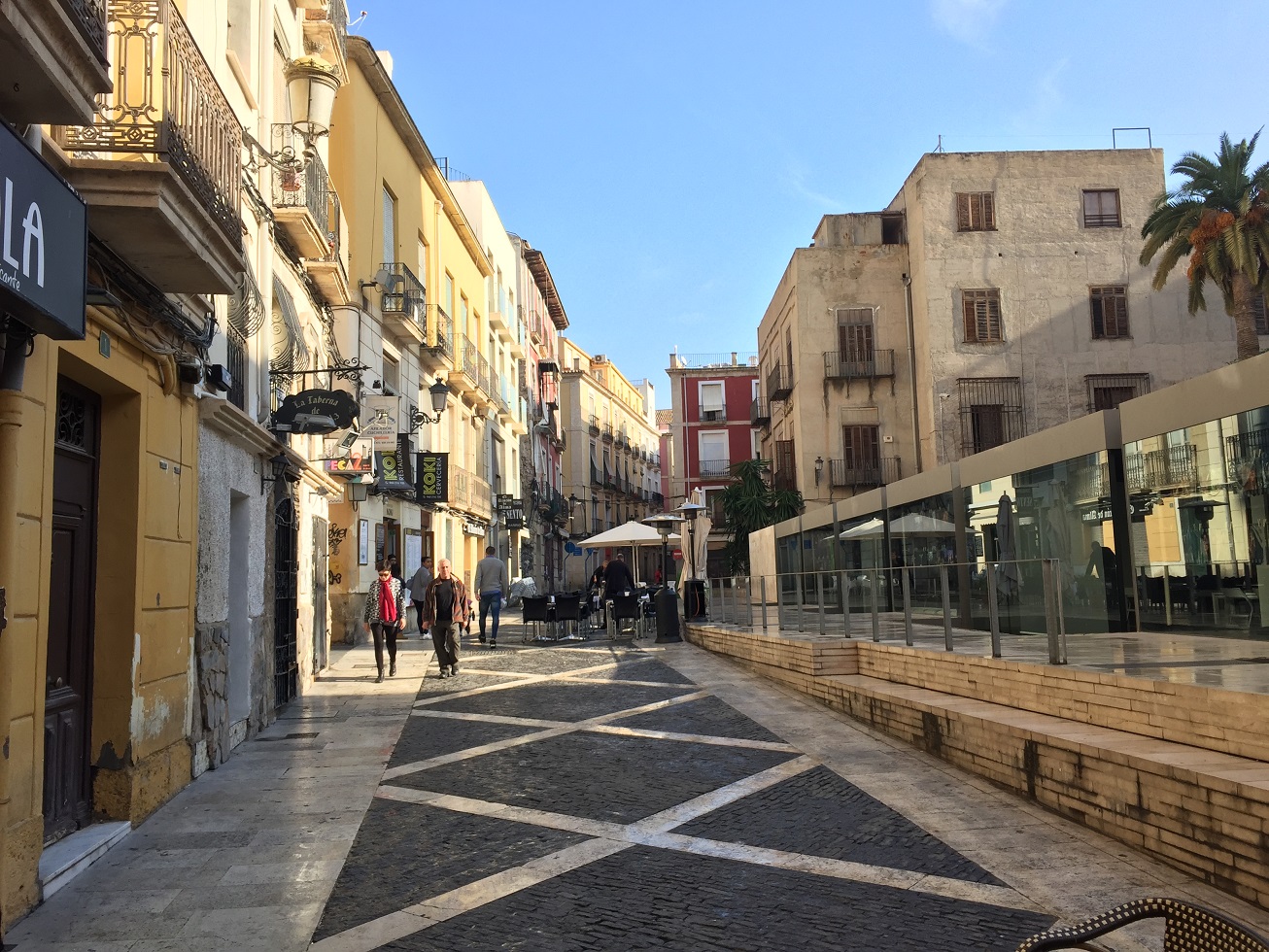 Indeed you'll find bars, cafés, taverns, cervecerías, pizza joints, and mesones, each with its own style and personality. Plus music bars and discos galore, from salsa to jazz, rock to sevillanas and much more.   The "modern" zone (between Alfonso El Sabio and the Explanada) offers elegant pubs and restaurants with famed cuisine.
Discotheques and dance salons vie for your custom with the most sophisticated of décors, and pulsating music.

In the summertime, enjoy seasonal nightlife on the Playa de San Juan.

Fiestas
Don’t miss the magic and charm of Les Fogueres de Sant Joan. On the night of 24 June, the flames from blazing bonfires illuminate the Alicante sky.

The Habaneras and Polyphony Festival and competition held in nearby Torrevieja every year in August is now one of the largest festivals of the year in Spain. With its Cuban flavour and folklore theme, it has both Spanish and international residents celebrating together.

Cuisine
Try any of the delicious varieties of rice dishes, combined with shellfish, fish or meat that are renowned in the region of Alicante. 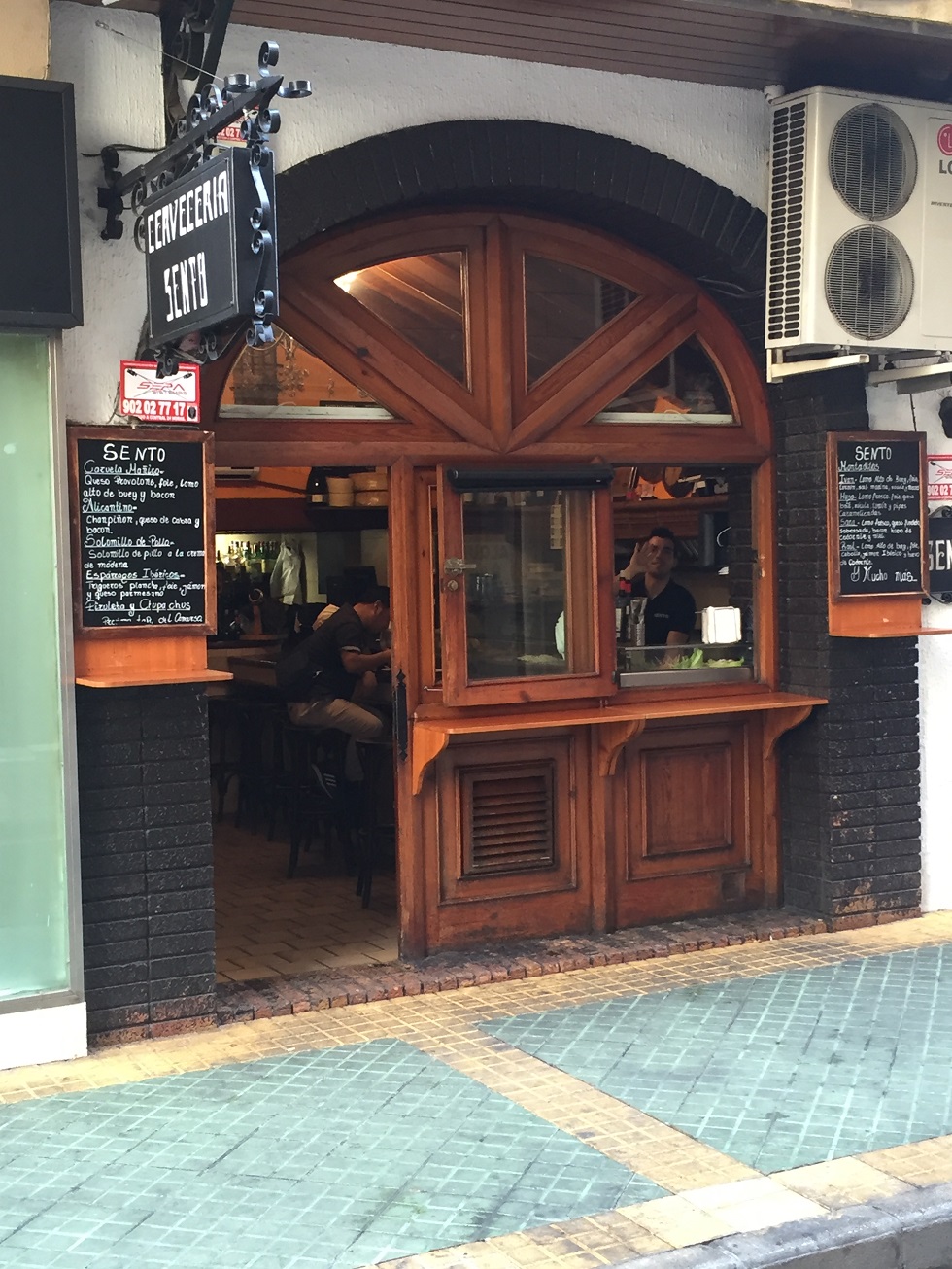 To complete your meal, Alicante has some excellent local wine denominations, and for dessert, don’t forget the famous ice creams, Turrón and dates.

Climate
Alicante enjoys a privileged location and an excellent mild climate, with an average year round temperature of 18-20° C. 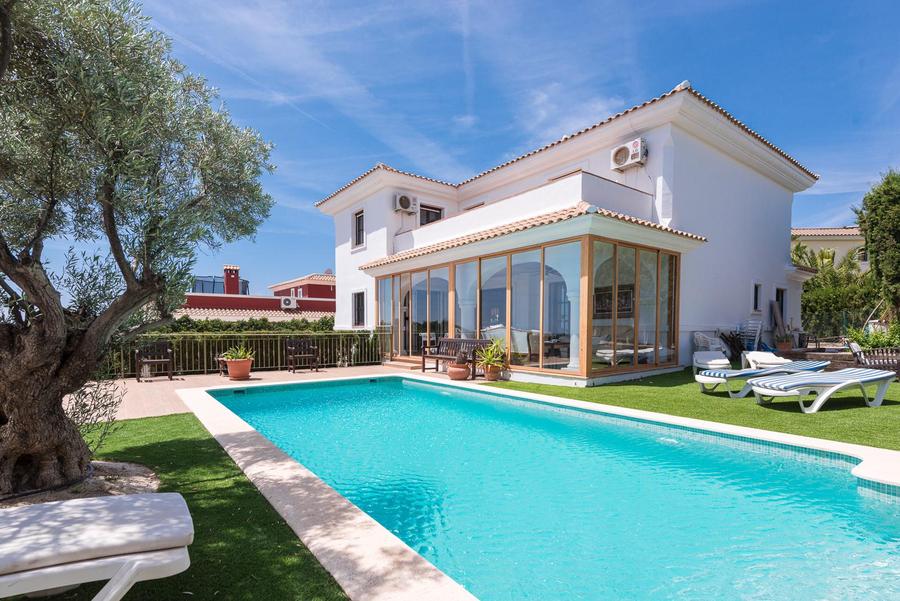 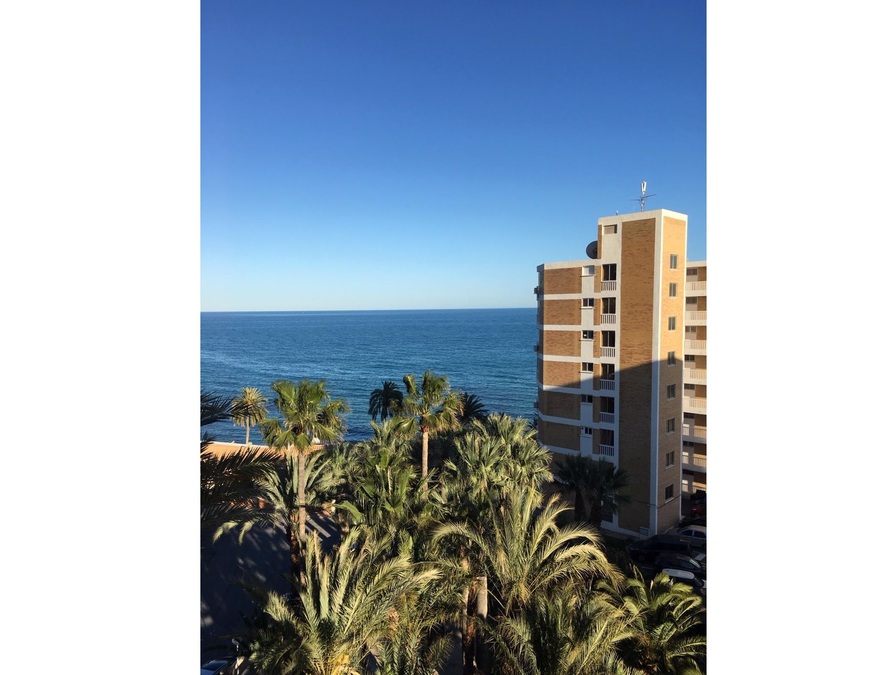 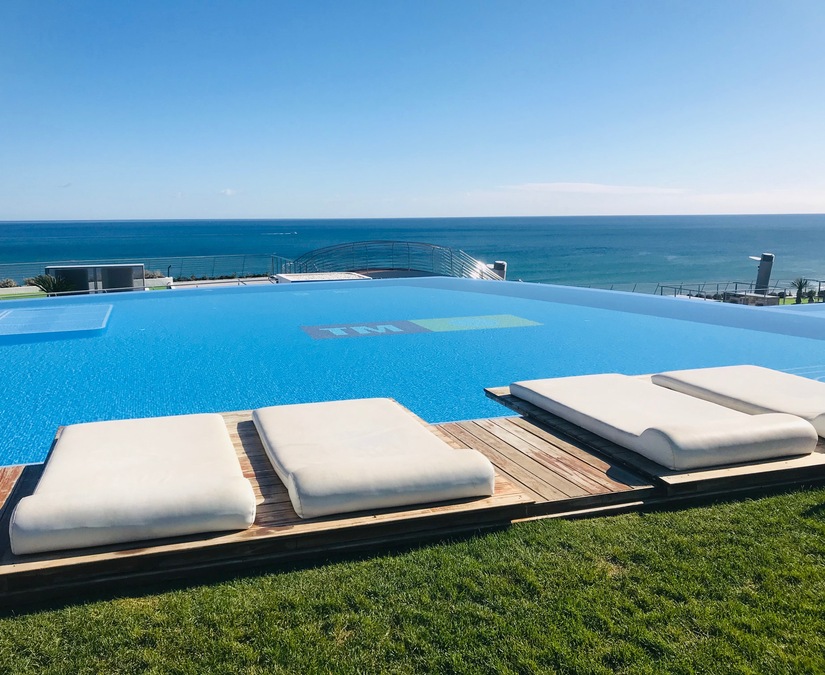